Planning an exotic tropical getaway and worried about not having vegan eats? There are plenty of vegan options in Aruba.

If you’re craving a rejuvenating beach vacation without having to worry about what you’re going to eat, Aruba is your paradise destination! Come on over to the sunny Dutch Caribbean island that has recently turned itself into a vegan oasis in the Caribbean.

Within the past 2 years, Aruba has seen a wave of restaurants create full vegan menus to cater to the growing vegan local and tourist population. The thriving vegan community hosts events, cooking classes, and vegan dining events so you can mingle with the locals and have the full Vegan Aruba experience. While you’re on the island, enjoy a meal at these must-try vegan-friendly spots!

Start planning your vacation now with this map of vegan options in Aruba. Looking for awesome lodging? Check out all of the properties on the island. The island’s brand new fully vegan (and gluten free!) café is off to an amazing start. One Happy Bowl is quickly becoming one of the most popular lunch spots in downtown Oranjestad. The “create your own bowl” option includes choosing a base (like quinoa or rice), a vegan protein, and a variety of “toppings” and sauces. Don’t forget to try their signature dish, “Flamingo Pancakes” –Instagram-worthy bright pink plant-based pancakes rolled up with a coconut filling and topped with drizzled chocolate. Renaissance Marketplace, LG Smith Blvd. 9 This wellness resort on the beach has long been known for catering to the vegan community, but in 2018 Ike’s Bistro at Manchebo Beach Resort totally revamped their vegan dinner menu with even more options. From BBQ tempeh to vegan grilled “fish” to cauliflower wings, this is the dinner spot of your dreams. It doesn’t hurt that you get to eat outside in their beautiful outdoor seating area and watch the sunset over the horizon while sipping your vegan cocktail. For a full vegan resort experience, stay at Manchebo Beach Resort and enjoy vegan breakfast at Ike’s as well, and vegan lunch at their Pega Pega beach bar. JE Irausquin Blvd. 55 Gourmet vegan dishes with an unpretentious downtown vibe, Yemanja is one of those restaurants that you’ll look forward to returning to every time you’re on Aruba. Their vegan options are full of flavor and creativity. Not to miss dish: The ultimate vegan BBQ platter, complete with house made seitan “ribs,” pulled jackfruit, and mac n’ cheese. Wilhelminastraat 2 Want to take the most Instagram-able vegan picture that will leave your friends jealous? Head over to Eduardo’s Beach Shack where you’ll find a gorgeous multicolored smoothie bowl, tofu poké, vegan wraps, sushi, or anything else from their extensive menu. Enjoy your breakfast or lunch while digging your toes into the sand. People have been known to go there every morning of their vacation — it’s that good! Try the CocoWhip, a soft-serve ice cream made from coconut water. JE Irausquin Blvd 87 Another vegan option in Aruba is the gorgeous Faro Blanco Restaurant with their Italian options. Faro Blanco at the northwest tip of Aruba atop a hill at the California Lighthouse. Built around the historical home of the former lighthouse attendant. Faro Blanco offers one of the best sunset views on the island and a full vegan menu including penne alla vodka, grilled caesar salad, and lasagna soup, you will leave with a happy stomach and a phone full of photos. California Lighthouse Z/N The vegan lunch menu at Elements is one of the most extensive on the island, with dishes ranging from Tofu Bahn Mi to Smoked Cashew Cheese Tacos. Eat indoors and enjoy the ocean view through their magnificent floor to ceiling glass windows or dine al fresco on the beach. If you’re looking fora place to stay, Bucuti & Tara also is one of the most vegan-friendly resorts on the island. JE Irausquin Blvd 55B The all-vegan Nourish Café, a beautiful garden café, sits within Island Yoga Studio, Yoga Girl’s paradise yoga center featuring classes, retreats, and community events. The café is a great place to unwind after a SUP Yoga class, or have your morning coffee and a tofu scramble burrito. Head here for lunch and enjoy their daily specials. Noord 19-A You wouldn’t expect a restaurant named Fishes & More to have been one of the first restaurants to create a vegan menu, but don’t underestimate the power of the “More”! Their vegan menu is also 100 percent gluten-free and appropriately labeled “The More Menu”. Creative dishes like vegan calamari and a full vegan seafood platter made from whole plant foods make this restaurant stand out as one of the best vegan options in Aruba. Fishes & More earns bonus points for having the best vegan dessert on the island, too — a dreamy peanut butter swirl brownie topped with locally-made vanilla almond milk ice cream. JE Irausquin Blvd 370 Vegan “Catch of the Day”

If your vegan seafood cravings continue while you’re on “One Happy Island,” definitely check out Hadicurari’s vegan menu, complete with a vegan “catch of the day”. You’ll be so impressed by this “fish” dish that your omni friends will want what you’re having. To top it off, the vegan-friendly restaurant in Aruba is on the gorgeous Palm Beach strip where you can watch the sunset while you dine. Berea di Piscado 96 Alfresco is a modern café open for breakfast, lunch and dinner with plenty of vegan options to choose from. Be sure to try out their house-made bean burger sandwiched between their colorful bun; it’s what they’re known for. Pro tip: Try the green spirulina bun or black activated charcoal bun for a fun food photo. Lloyd G. Smith Blvd 150 Be sure to grab brunch when visiting Aruba. The only vegan brunch on the island, Taste of Belgium serves up their popular brunch every Sunday. Order from their extensive a la carte vegan brunch menu featuring dishes like waffle sliders and berry parfait. Take note — Taste of Belgium is reservation only and fills up quick, so call in advance. Palm Beach Plaza, Suite 101-102, LG Smith Boulevard 95 Love French food? Craving some vegan mushroom escargot? Vegan crab cakes? Papillon has got you covered. This French Caribbean vegan menu is so delicious, you can’t go wrong with any dish. Keep going back until you’ve tried everything on the menu. And then go back for seconds. Seriously. 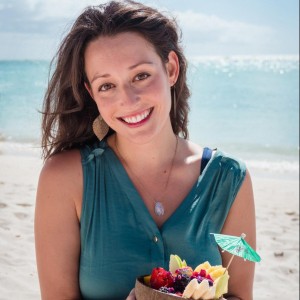 One Reply to “Vegan Options in Aruba”