The midwestern home of the Big House (aka Michigan Stadium) is more than just a cool college town. Its popularity has increased in recent years due to the growing farm-to-table and plant-based movements. This friendly community surrounded by farmland has become more eclectic in its restaurant offerings, reflecting the multicultural diversity of the population. In the Tree town of Ann Arbor, Michigan, you will find savory Turkish cuisine, Cuban street food, delicious ramen noodles, and Indian-French influenced delicacies prepared by award-winning chefs. The icing on the (non-dairy) cake is the myriad vegan options visitors now have in Michigan’s jewel.

Whether you are visiting your favorite student at the University of Michigan (U of M), or taking a trip to check out the campus before applying, spend the weekend exploring the city’s top-notch attractions and make sure to dine at some of these amazing, vegan and vegan-friendly establishments. Get your vegan comfort food fix at the vegan restaurant The Lunch Room in Kerrytown with options including the Chicago Dog, Chili Mac, and the Beet Burger, all composed of plant-based meats and nut cheeses made in house and sourced locally. Owners Phillis Engelbert and Joel Panozzo opened the establishment in 2013 and business was so good that they expanded to The Lunch Room Bakery & Cafe, in the Huron Towers Apartments (2200 Fuller Court), steps away from U of M North Campus. The bakery serves mouthwatering sundaes, floats, and ice-cream sandwiches; you’ll realize how good you can have it and still be vegan! 407 N 5th Ave.

With the success of the two Lunch Room locations, the owners expanded their vegan empire to a third location at The Detroit Filling Station (DFS). The inviting space was previously occupied by Argiero’s Family Italian Restaurant for 40 years, and before that was the site of the historic Staebler Family Oil Company filling station. It now serves as the perfect spot for a date night or brunch get together, where you can enjoy a juicy Seitan Steak with mashed potatoes, or binge on faux Carnitas soft tacos with vegan cheese. Don’t leave without trying their Southeast Asian Fried Bananas. DFS is twice the size of The Lunch Room and takes reservations for parties of all sizes. You can dine under the covered outdoor patio during warm weather when the sun sets late into the night at this vegan restaurant in Ann Arbor. 300 Detroit St. Ayse (pronounced Eye-shuh) Uras opened Ayse’s to share her home cooked Turkish meals with plenty of vegan and vegetarian options. At this homey space, located at the back of an outdoor mall, expect to find delicious house red lentil soup, vegan zucchini stew, and rice pilavs (cooked in a seasoned broth with veggies). You won’t find these items on a printed menu though! Ayse likes to prepare seasonal dishes based on what she can get from the Farmer’s Market and shares on the whiteboard what’s for lunch and dinner daily. You never know ahead of time what you’re going to get on any given day, but there’s always good Turkish coffee and fresh juices. A Turkish meal isn’t complete without some pudding and Ayse makes a mean vegan Noah’s Pudding with dried fruit, grains, and nuts. 1703 Plymouth Rd.

Eve Aronoff isn’t Cuban, but she sure makes delicious Fritas and Batidos, two Havana street food staples at the vegan-friendly Frita Batidos. Fritas are traditional Cuban burgers and Batidos are tropical shakes made with (or without) rum. After competing on the sixth season of Bravo’s “Top Chef,” Arnoff, who attended Le Cordon Bleu in Paris, opened her own restaurant in 2010. Frita Batidos won the top prize two years in a row in 2017 and 2018 at the Burger Battle Detroit in Eastern Market. Frita Batidos also offers salads and sandwiches that could be made vegan upon request. Almost everything is made from scratch and they even have a dedicated vegan fryer, so rest assured that your post-drinking snack of curried yam fritters are completely vegan! 117 W. Washington St. At the classy dessous restaurant, opened in the summer of 2018, you’ll find something rare — exceptional American fare influenced by Indian traditions and French philosophy on a menu curated by Frita Batidos’s owner/chef Eve Aronoff. A wall of wine bottles, modern light fixtures, and a relaxing vertical garden accentuate this romantic locale that sits just below street level. The owners, Scott Burk and Jay Mullick, come from diverse backgrounds and the food reflects it, especially in the house-made naan from Jay’s mom’s recipe (ask for it without the butter). Their Vegan Flavor Explosion! (exclamation mark included!), a savory feast made with spicy braised greens, aromatic bulgar, and stir fried tofu, is a must try. 312 S Main St. Although not in Ann Arbor proper, this new hot spot in the neighboring town of Ypsilanti has grown in popularity for its happening brunches (some for charity), and their super vegan-friendly menu. Located in the heart of Depot Town, Ollie’s features a fresh farm-to-table menu, where produce comes from farms located within a 10 mile radius. Chef Travis prepares seasonal dishes that are uniquely Michigan with whole ingredients (you won’t find any processed items). Fan favorites include pickled beets and radishes, the black bean and eggplant burger, harvest salad dressed in coconut green goddess dressing, and a filling vegan chorizo burrito. The best part — dogs are welcome on the patio and eat for free! 2375 Ellsworth Rd, Ypsilanti.

After being downtown for more then 40 years, this long-standing vegan-friendly vegetarian restuarant is now in a new location on the west side of Ann Arbor in the Westgate Shopping Center. In the bright and airy space with walls inlaid with stained glass panels, Seva serves up an extensive vegetarian menu with all your favorite comfort foods from diverse cuisines, where anything can be made vegan. Craving General Tso’s Cauliflower, a nacho dip for appetizers, Fettuccine al Pesto, or Pad Thai? They’ve got you covered. 2541 Jackson Ave. If you’ve got a yen for ramen noodles or spicy kimchi, look no further than the Slurping Turtle, opened by James Beard Foundation Best Chef, Takashi Yagihashi. In Japan, slurping is expected, so don’t shy away from enjoying your delicious meat-free meal, especially their shoyu tofu mushroom and Kinoko Mochi (omit the parmesan). If you like it spicy, get the fire sauce on the side. The tofu is made in-house, so try a dish with it included, or add it to any dish as a substitute. Cool off with a vegan sorbet, which is also made in-house. Let the wait staff know you are vegan and they will be more than happy to accommodate. 608 E Liberty St. Zingerman’s is an Ann Arbor institution and no trip to the city is complete without a visit to this iconic delicatessen. Due to popular demand, they’ve come up with 10 different vegetarian options (two of which are vegan), including Sheila’s Viva Las Vegan (hummus, artichokes, roasted red peppers, and baby spinach) on grilled farm bread and Amazing Grace’s Family Shroom (grilled portobello mushrooms, Carrot Top spread, cucumber and sunflower shoots on grilled true north bread). Imagine a high-end vegan deli sandwich made with fresh-baked bread and the finest quality spreads? That’s exactly what you’ll get for “New York-style” prices of $10-$15. Then again, where else can you brag that you’ve dined at the same place as President Obama? 422 Detroit St. At the Cupcake Station, you aren’t just getting any dessert, but a flavorful vegan cupcake when you order one of their treats made with 100% Vegan Buttercream frosting. The bakery even takes special orders for parties and can do orders of vegan versions of the flavors you want for cakes and cupcakes. They have five locations throughout Metro Detroit, so there’s no need to give up on desserts because you are vegan! Satiate your sweet tooth with their Vabulous Vegan Vanilla or Chocolate Cupcake and you’ll be returning in no time. 116 E. Liberty St. 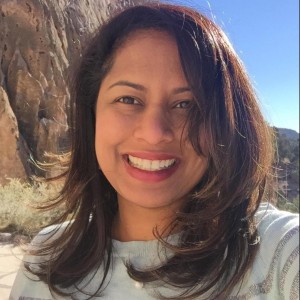