The original Portland (i.e the one Maine, not Oregon, which was named after Portland) recently got some top notch attention by being named Bon Appetit’s Restaurant City of the Year. But, is Portland, Maine vegan-friendly? It sure is. In fact, there are many vegan options in Portland, Maine.

With less than 70,000 calling Portland home, it boats more than 200 restaurants, many of which tap into the abundant offerings from local farms. While almost all restaurants have some form of vegan eats on their menu, the plant based movement is gaining traction and many Portland restaurants have taken notice by adding clearly defined items within their menus. Besides, we all know the vegan friend chooses the restaurant, right?

So whether you are a true Maine-ah, a transplant, or someone just visiting for a long weekend, make sure you make a few pit stops at this delicious, vegan-friendly establishments in Portland.

We’ve even put together a map of vegan options in Portland, Maine we dig. Green Elephant Vegetarian Bistro opened its doors in 2007, aiming to be one of Portland’s top restaurants for mindful eating. Here, Chef (and owner) Dan Sriprasert unites “ingredients and flavors from Malaysia, Japan, China, India and Thailand into a meat-free menu with something for everyone.” No meat can be found on the menu, and the fully vegan items are called out appropriately. Their crispy wontons could rival the best crab rangoon you may have ever had in your pre-vegan life, and their pad Thai and spicy vegetable medley stir fry comes in spice levels 1-4. In addition to their food menu, they also offer hand-mixed home-grown teas, local Maine sodas, and an array of vegan wines. 608 Congress St.

Silly’s restaurant originally opened in 1988, but was bought by Colleen Kelley in 2002. At that time, the term “vegan” was sparsely located on any Portland restaurant menu, but Kelley has said that she soon realized that “the only way I’m going to stay in business is if I do things differently.” Fast forward to today, and Silly’s has a large selection of clearly defined vegan items on their regular and brunch menus. Head in for breakfast and grab a Don’t Lose Your Tempeh or their Veganator Scramble. If you’re a late riser, pop in for lunch and order a Falafel Attraction or a Thai One On. The name alone should let you know that you’ll have just as much fun ordering your meal as you will eating it. 40 Washington Ave.

Home to Portland’s (current) only all-vegan restaurant, Simply Vegan by Silly’s was born out of the 30th anniversary of the original Silly’s. When Silly’s vegan items (especially their decadent cakes) started outselling the non-vegan items, Kelley knew she needed an expansion. Simply Vegan is just a few blocks down the street from Silly’s, and it offers an entirely plant-based menu with an ever-changing and evolving selection based on what customers have to say. With breakfast, lunch, and desserts served all day, you have no shortage of options. For breakfast, grab the Silly’s Toast. Made up of French toast, warm berries, sweet whip, and pumpkin spiced granola, this breakfast is sheer decadence. If you’re looking for a savory lunch, try out their Don’t Mock Me Reuben, with cheese frico, your choice of pickling spiced beet marinated seitan, fresh spinach, pickled veggies and 1000 island dressing. 68 Washington Ave. Once the site of Portland’s first deluxe Chinese Restaurant, The Empire (1916-1953), Empire Chinese Kitchen now proudly boasts 12 oh-so-flavorful vegan items on their menu. Featuring a traditional and modern Chinese soul food menu, Empire sources their ingredients locally. Options include large — and small — plates for sharing, but you will have a difficult time wanting to split anything you order. No visit is complete without their garlic green beans and Chinese eggplant, but their ginger veggie fried rice  and King Pao Tofu are also must-try items. The space is small, but intimate, and is always packed. If you come with a party of four or more, make sure you make a reservation. 575 Congress St.

There’s nothing to miss when you’re vegan when it comes to enjoying Chinese food leftovers, thanks to Sichuan Kitchen. The vegan-friendly restaurant in Portland is sensitive to each and everyone’s dietary needs. Their menu consists nearly 20 vegan dishes! Enjoy veggie dumplings, crispy cucumber salad, cold noodles, Yu-Xiang eggplant and more at this popular Portland restaurant. Order more than you can eat in one sitting, because we all know you’ll be thanking yourself tomorrow for the leftovers. 612 Congress St. If you’re looking for a welcoming, cozy spot with a piano anyone can play, acoustic acts, coffee, hard drinks, breakfast, lunch, and dessert, then you need to pop on by Local Sprouts Cooperative. This vegan-friendly restaurant is a worker-owned cooperative (how cool!), so employees all have the ability to invest in the business, participate in its operations and profit-share. Plus, this spot also aligns itself with social issues and aims to create a safe space for meaningful conversations. In the warmer months, Local Sprouts offers “Vegan Nights”  every Friday with an all-vegan menu. The rest of the time, eats here are marked vegan and include amazing choices like the  VLT (organic Lalibela Farm tempeh, organic greens, local tomato and house tofu aioli on toasted whole wheat) and vegan mac and cheese. Local Sprouts serves up some serious vegan comfort food and we can’t get enough. 649 Congress St. Gelato Fiasco first opened its doors in 2007 when owners Joshua Davis and Bruno Tropeano – fresh out of college – felt the gelato scene in Maine was a bit lackluster. They now own three locations – Brunswick and Portland in Maine and south in Orlando, Fla. Not nearby these cities? No worries. Their gelato can be found in more than 2,000 supermarkets across the country. Yeah, it’s that good. Vegans should be on the lookout for their dairy-free sorbetto flavors, and while they do maintain some staple flavors (shout out to their Ripe Mango Sorbetto because it’s heaven in a spoon), they also rotate seasonally, so get your favorites while you can! Aside from offering up to 40 flavors daily, Gelato Fiasco also prides itself on sustainability. They only serve in recyclable cups with recyclable utensils, and they also recycle at their shops. It’s easy to see why this gelato shop is so loved. 425 Fore St. A list of vegan-friendly options in Portland wouldn’t be complete without a mention of Holy Donut. Officially opening its first storefront in 2012, the Holy Donut has a secret ingredient: Maine potatoes. These hand-cut donuts round out any vegan dining list because the spot is super vegan-friendly. Here, glazes are made from fruit juices or vegetable dyes and free from artificial nonsense. At Holy Donut, choices include gluten-free and vegan with about 20 flavors to start the day, including a handful of vegan. Come early — their vegan options like pomegranate, fresh lemon, Chai-glazed and cinnamon sugar won’t last all day. 7 Exchange St., 194 Park Ave. Just as the name indicates, this vegan food truck is totally awesome. Portland Maine chef Tony DiPhillipo’s 80s inspired truck is hard to miss … and so is the food. You’ll be stalking the schedule for this Totally Awesome Vegan Food Truck after one visit. Touted as “gourmet vegan junk food”, their menu consists of the Totally Awesome Burger (recently made with a 25 percent bigger patty in all of its delicious glory), the Chili Dawg, Beer Simmered Vegan Frankfurters, and “Bacon” Cheesy Fries, along with a seasonal rotation of goodies. If you are planning to grab some “rad noms” from this truck, make sure you clear your schedule – this meal will leave you full for hours. See website for schedule of locations and times.

Thainy Boda is a food truck from the owners of the previously mentioned Green Elephant. The vegan-friendly food truck in Portland serves up a variety of eats like Brussels sprouts that are fried and tossed in a sweet and savory sauce (we stalk the schedule for this snack alone), as well as fried spring rolls served with mushroom or sweet chili sauce. For fill-you-up items go with the heavier dishes like the red curry made with zucchini, red and green bell peppers, onions, eggplant, string beans, cauliflower and tofu. One thing is for certain: there is some big flavor in this “thainy” truck. See website for schedule of locations and times. There’s no such thing as a vegan dining guide without mentioning a killer falafel spot, right? For this guide of vegan options in Portland, Falafel Mafia is boss. Specializing in vegan falafel, the theme of this food truck runs right into its menu. With falafel pita pockets such as the Godfather and the Wiseguy, along with a falafel salad called the Mafia Bowl, you get the idea that these guys aren’t messing around when it comes to vegan food, or flavor. The lemon garlic hummus and house-made tahini add the perfect complimentary flavors to their crispy falafel. Be prepared: Portland knows about the goodness of this truck and there’s never not a line. So, join the mob, and grab a pocket for yourself. See website for a schedule of locations and times.

So, where to go to get your pizza fix in Portland?

Flatbread Company  offers a rotating veggie option each day, and a staple vegan option permanently on the menu. These bad boys are made fresh an in all-natural wood-fired clay oven. 72 Commercial St.

OTTO is home to several veggie options on their menu which can easily be made vegan, thanks to their VioLife cheese options. Top your pie with butternut squash and cranberry, eggplant and basil or a creative combo like roasted pear and arugula, or, you know, keep it a bit more basic. 576 Congress St and 225 Congress St.

There’s more than just vegan pizza at Slab. But, the Sicilian dough made them a must for our list. Any of their non-vegan pizzas can easily be made vegan with some vegan cheese and they also offer a cauliflower crust if you’re looking for something a little lighter. 25 Preble St. 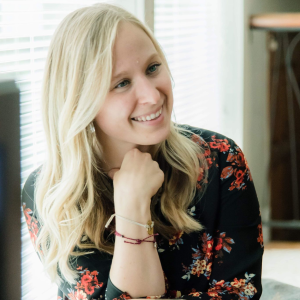