7 dishes you need to try at The Modern Vegan

The Modern Vegan is here to prove the adage: “Anything you can make, I can make vegan.” With more than 100 items on their menu, along with daily pop-up specials, TMV is the perfect dining destination for the longtime vegan and the veg-curious alike to enjoy breakfast, lunch, or dinner, seven days a week. 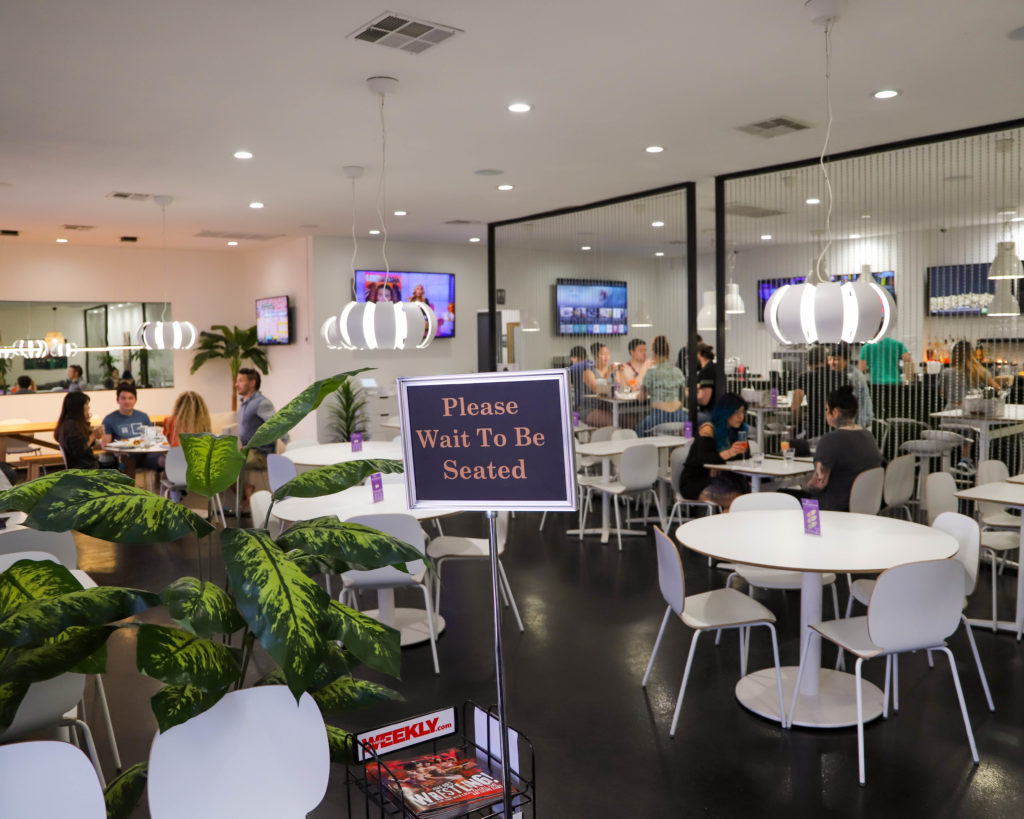 To be fair, the enormous menu can be quite overwhelming for the first-time (and second and third-time) customer, but have no fear, we took one of the vegan team and tried tons of dishes to make it a little less overwhelming!

The 7 dishes everyone needs to order at The Modern Vegan Start out with TMV’s Canadian Poutine, a shareable portion of crispy fries, slathered in a savory sausage and mushroom gravy, topped with shredded vegan cheddar and mozzarella. Fries are fries, but with that gravy, and that melty vegan cheese, this appetizer is truly next level. Vegas is not a town of early risers, so whether you’re craving breakfast morning, noon, or late night, TMV has a large selection of skillets, waffles, and breakfast favorites to choose from. You can’t go wrong with the #4 Skillet — a sizzling cast iron pan filled with roasted potatoes covered with tofu scramble, sauteed peppers and onions and vegan cheddar topped with guacamole, salsa, and vegan sour cream. One of the most Instagrammable dishes at TMV is their Chick’n & Waffles. This iconic tower starts out with a bedrock of creamy mashed Yukon Gold potatoes, topped with crispy chick’n and vegan bacon, sandwiched in between two fluffy Belgian-style waffles drizzled with warm maple syrup. Don’t fret about not getting your veggies in. This is a vegan restaurant, after all. The crowning glory of this behemoth is a couple of perfectly cooked asparagus spears (next to a generous scoop of vegan butter). If you’re craving that fried chick’n, but waffles aren’t your bag, then go for the Louisiana Fried Chick’n. Those same delicious mashed potatoes are topped with golden-brown, Louisiana seasoned fried chick’n, and slathered with their incredible sausage and mushroom gravy. Again, this is a vegan restaurant, so it does come with a side “salad” of their house-made creamy coleslaw. Depending on what day of the week you choose to visit, you could be in for a special pop-up burger treat. They have a daily selection of unctuous plant-based burgers, but if you happen to show up on “Whoppster Wednesday”, then you’ll be able to order the Angry Whoppster. An Impossible patty is teamed-up with onion rings, jalapeños, lettuce, tomato, and mayo all on a sesame seed bun. It’s so good, you’ll swear you’re in a drive-thru.

If you can’t make it on a Wednesday, then how about Mac Attack Thursdays, where you can score a veganized version of America’s favorite layered burger. The Reuben is a diner staple, and at TMV they make an omnivore-approved version packed with smokey corned vegan meat, melted mozzarella, sauerkraut, and Thousand Island dressing, grilled together on marble rye. All of their burger and sandwiches come with a generous serving of fries, so don’t forget to order a side of their TMV sauce for dipping. Be sure to save room for dessert because boy does TMV have a selection for you! The Died and Gone to Heaven is equal parts county fair ingenuity and childhood nostalgia. Three words: Deep. Fried. Peanut-butter-and-jelly! And don’t think you’re going to be served some puny, fried-up Uncrustable. This juggernaut is a full sized PB&J, fully battered, and fully deep fried. Cut in half, and served with a sprinkling of powdered sugar, you won’t be judged if you order this as your Las Vegas vegan brunch entree. 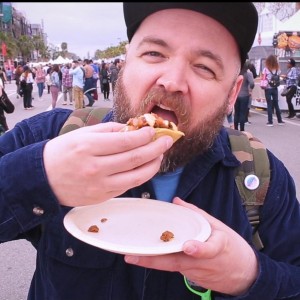 Michael Monson, a former teacher turned vegan YouTuber and content creator, has been living and eating in Las Vegas for over 20 years. Michael started his vegan YouTube channel, “Monson Made This” in 2017 as a way to give back and help grow the online vegan community that helped make his transition to a vegan lifestyle so much easier. When he’s not developing vegan versions of his favorite childhood (and adulthood) recipes, he’s hanging out with his two rescued pups, Tuff and Odie.
[bsa_pro_ad_space id=3]