Vegan dining at the Jersey Shore Lake Como is a town we never thought would have a vegan restaurant, but lo’ and behold, there’s the Alternative Plate, an entirely vegan restaurant at the Jersey Shore. Originally a food truck, Alternative Plate’s brick and mortar restaurant offers up all the vegan eats, from pizza to sandwiches, breakfast to tacos and so much more. If it’s your first time, the must try is the loaded pork roll with egg and cheese. That’s right — this Jersey staple is served, veganized. While a true Jersey resident might have an issue with the brea (and the fact that we call it a pork roll instead of Taylor Ham — can you guessed where this writer is based by that?) but trust us, get it. One dreamy bite in and you won’t care that isn’t on a bagel or kaiser roll because it’s just that good. You’re going to want to go to Alternative Plate more then once; they’ve got rotating schedules worth checking out. 1602 Main St, Lake Como

Craving Mexican? The entirely vegan Mexican restaurant, Luna Verde, at the Jersey Store is what vegan Mexican dreams are made of. While everything we order is amazing, the dishes we dig the most are the Todo Nachos (think nachos loaded with every protein option they have), the Torta Ahogada (a sandwich drenched in delicious salsa for an exceptionally tasty and kind of messy experience) on the brunch menu, and desserts like flan, tres leches, churros, and more. 400 Main St, Bradley Beach The Herd Juicery is strictly take out, so take your vegan eats a few blocks to picnic on the beach. On top of being vegan, this vegan option at the Jersey Shore is also gluten-free with a focus on organic and non-GMO ingredients. Grab yourself a kombucha from local brand, Fine Health Kombucha, and order a raw salad (taco salad is our pick!) or the buffalo tempeh sandwich. If you’re really trying to get a good shot for Instagram, go with the deluxe avocado toast. The beet hummus and cashew ranch aren’t just gorgeous, they taste amazing. 80 Brighton Ave., Long Branch

With two restaurant locations — Avon and Fair Haven — and a vegan and organic bakery in Wanamassa, Seed to Sprout is the perfect spot for breakfast or lunch. We’ve never had anything we didn’t like from here and once we worked our way through the entire menu, we consistently head back for the Mexican omelette  and lemon pepper red lentil soup. With weekly specials (hello, pizza night in Avon), it’s the place to be for a fast causal dinner when they’re open every Thursday and Friday evening. Otherwise, head there for brunch or lunch daily. 410 Main St., Avon-By-The-Sea; 560A River Rd., Fair Haven; Bakery: 1405 Wickapecko Dr., Ocean Township

Kaya’s Kitchen is the OG vegan spot in New Jersey.  They’ve been around longer than most vegans have been alive and definitely longer than most of us have been vegan or even knew what vegan was! It was this writer’s first taste of vegan food (on purpose, at least) and it had me shook. Now, more than a decade later, it’s our go-to spot for comfort food cravings. Order up the  Kaya’s Combo featuring BBQ seitan ribs, buffalo tofu/tempeh, country nuggets and potato salad as an appetizer for the table or keep it to yourself as a main course.  to start the meal off. Save room for dessert, though; Kaya’s Kitchen serves donuts and cakes from Vegan Treats in Bethlehem, Penn. 1000 Main St., Belmar

Crust & Crumble Pizzeria is a vegan-friendly Italian restaurant in Asbury Park. Here, pizza and pasta reign supreme, but you can also indulge in heaping sandwiches like the Smoke Stack Lightening featuring crispy chicken, bacon, mozzarella sticks, lettuce, tomato and chipotle Veganaise (are you drooling yet)? They also serve up vegan deep dish pizzas covered in veggies, vegan meats and more. Unlike any other spot, they offer a dish called Frachos. This epic appetizer is basically nacho fries and we can’t get enough of it. 633 Lake Ave., Asbury Park

Vegan options near the Jersey Shore

Get in your car or hop in a Lyft and head to these restaurants for amazing vegan food.

With numerous spots in the mid-Atlantic, the vegan Greens & Grains is a welcome vegan option in Shrewsbury. About 15 minutes from The Shore, they’ve serve breakfast (including pancakes!) and healthy lunch eats like pitas filled with various sweet or savory options, smoothies, chili, meatballs, mac and cheese, wraps and more. Want to get creative and customize your meal? You can thanks to their build-your-own bowls with every item under the sun. 454 Shrewsbury Plaza, Shrewsbury

Located in Red Bank, Good Karma Cafe is open daily and serves breakfast in addition to lunch and dinner every day but Sunday. With a variety of gluten-free options, the tiny vegan cafe offers appetizers like chimichurri seitan strips and loaded nachos, as well as lunch and dinner eats including sandwiches, bowls and even an Indian dish. Located down the street is Karma 2 Go, which specializes in grab-and-go food. 17 E. Front St., Red Bank; 2 Go: 1 Bridge Ave., Red Bank 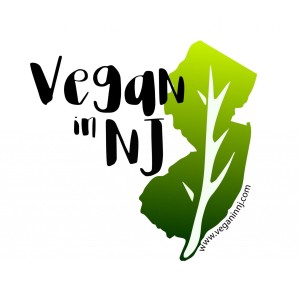 I'm Cherise and I run Vegan in NJ, which is a community building brand that hosts meetups, dinner events, vendor markets, and more in order to bring the vegan community together.
[bsa_pro_ad_space id=3]