This January marks the third annual Vegan Dining Month by Vegans, Baby. The month complements Veganuary and highlights the diverse vegan culinary scene in Portland. During January, participating restaurants are offering special dishes to showcase vegan food. A portion of all Vegan Dining Month dishes sold this year benefits Life of Riley Dog Rescue, which rescues at-risk dogs from high-kill shelters and brings them to forever homes in the Pacific Northwest. Pulled jack sandwich – with vegan mac and cheese, greens: The jackfruit is seasoned and pan-fried with BBQ sauce topped with coleslaw

Vegan gumbo – with fried okra: Beyond-hot Italian sausage and with an assortment of mixed vegetables such as cauliflower, onion, bell peppers, celery, zucchini, and squash Nashville Hot chick’n sandwich – Nashville hot-style chick’n, slaw, and pickles on a bun. Served with your choice of side. Sloppy vegan sandwich – two slider buns with smoky housemade meaty crumbles, slathered in a sweet and spicy BBQ sauce, topped with jalapeños and crispy fried onions. Served with chips and a soda. Gluten-free available for additional $1
All other vegan menu items will be $1 off for Vegan Dining Month. Must mention Vegan Dining Month to get discount.

Top Burmese (all four locations in the Portland-Metro area) Ace Natural is the New York wholesale plant-based authority. The provide the freshest and cleanest selection of fresh, certified organic produce in the Tri-State area. The offer the largest selection of natural and organic foods to restaurants and retailers.

MyForest Foods is the maker of MyBacon, which is made using mycelium. Grown inside a special farm, MyBacon is wildly meat-like and uses minimal ingredients. MyBacon is now sold at select restaurants and retailers throughout the New York and New England region, with New York City availability at: Westerly Natural Market (Midtown), Elm Wellness (West Village), Lifethyme (Greenwich Village) and Health Nuts (Upper East Side). Find the details on all these retailers and more: MyForestFoods.com/Find-MyBacon

VFC was founded by Matthew Glover,co-founder of Veganuary, and innovative chef, Adam Lyons. Their mission is to spare chicken from the cruelty of animal agriculture with great-tasting food made from plants. Vegan Fried Chick*n is available on GTFO It’s Vegan, Ralphs on the west coast, and in independent retailers across the US. Vegan Wines is the only vegan wine important and distributor in the country. They offer a vegan

wine club for customers and also provide vegan wines to restaurants in New York City and beyond. The BIPOC, women-owned business ensures all wines are vegan from soil to pour. Owner Frances Gonzalez personally travels to vineyards around the world to meet with winemakers to share information regarding veganic wine-making and hand-selects each winemaker for Vegan Wines portfolio.

Abbot’s Butcher is leading the next generation of plant-based meats by offering a variety of protein alternatives made from simple, wholesome ingredients. Founded in 2017, Abbot’s Butcher grew out of farmers’ markets across Southern California and has since expanded into grocers, markets, and restaurants throughout the country. Abbot’s Butcher’s ethos revolves around the belief that food can be both craveable and healing for our bodies and the planet. Each of Abbot’s Butcher’s plant-based meats are Non-GMO Project Verified, Vegan-certified, Whole30 approved, and completely free from soy, canola oil, or additives. 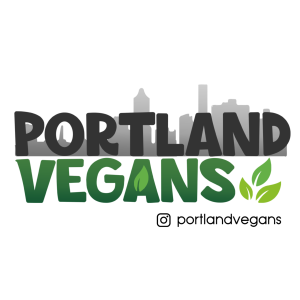 Bunny (she/her) has been managing @portlandvegans (on Instagram) since 2017 to showcase vegan and vegan-friendly restaurants and businesses in the region. The goal of @portlandvegans is to uplift and support businesses by spreading the word about vegan options to the community and making the vegan lifestyle fun and approachable.
[bsa_pro_ad_space id=3]